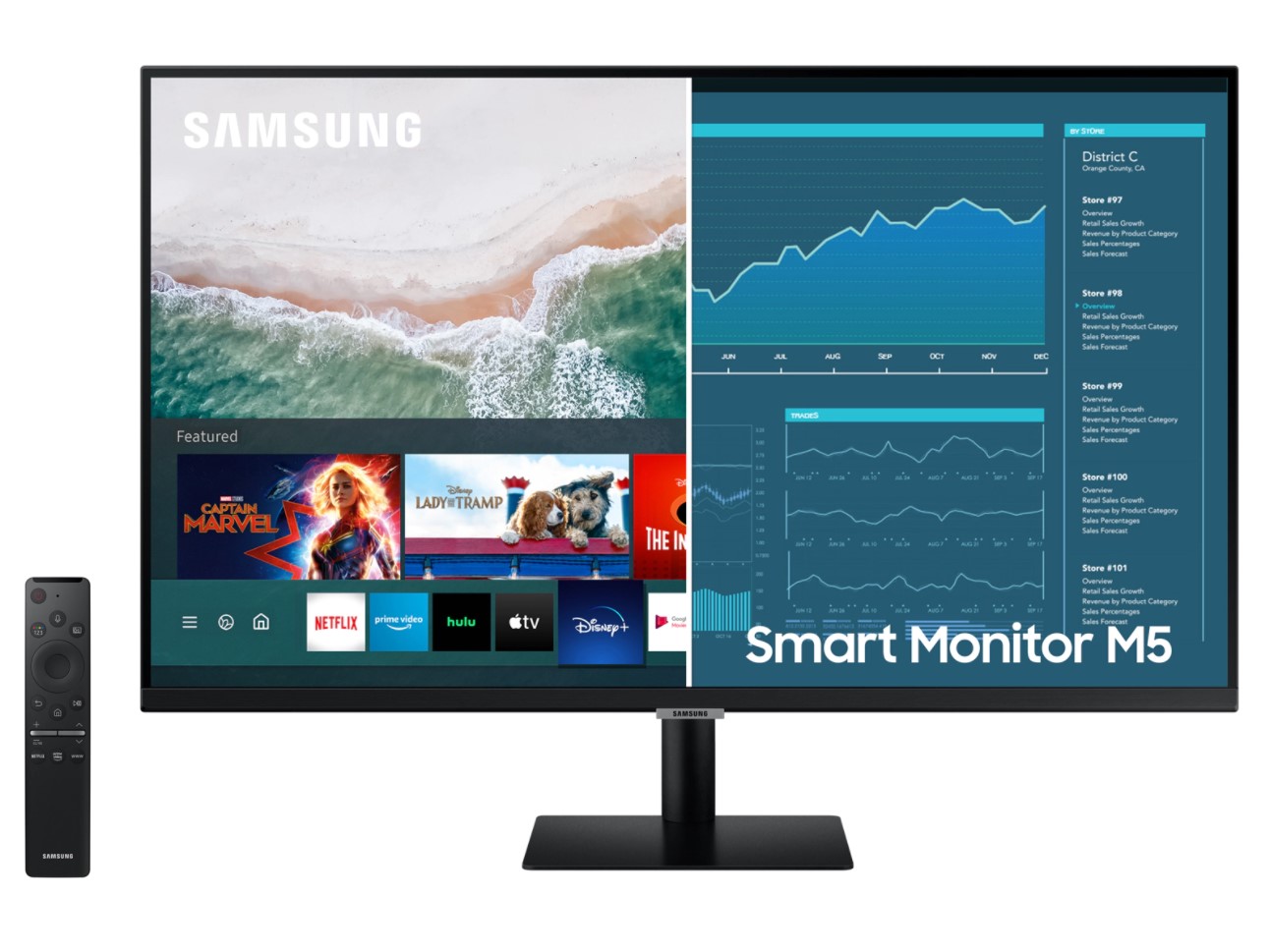 With the Samsung LS32AM502NNXZA 31.5" 16:9 Smart FHD HDR VA Monitor, you have the power to be productive and entertained at a distance without having to connect a computer. Like a smart TV, this 1920 x 1080 Full HD resolution monitor has built-in speakers and can independently run apps such as Microsoft Office 365 in addition to Netflix, YouTube, and other streaming entertainment services. This allows you to quickly switch from being productive to watching immersive entertainment at a distance using the included remote control. Use the Wireless DeX utility to stream apps and content such as photos and videos from your phone to the monitor without having to connect additional cables or turn on the computer. The LS32AM502NNXZA has built-in Bluetooth for connecting wireless peripherals such as keyboards, mice, and more. With its integrated sensors, the screen automatically adjusts its brightness to match the ambient light. Switching the screen to Ultrawide Game View mode allows you to see more detail in supported games using a 21:9 aspect ratio.

The Samsung LS32AM502NNXZA Smart Monitor has built-in 5W stereo speakers and can independently run apps such as Microsoft Office 365, Netflix, YouTube, and more. You can sit back and use the included remote control to use the monitor like a television and pair it with a wireless Bluetooth keyboard and mouse when you want to be productive.

Take in the View

This monitor supports a 1920 x 1080 FHD resolution with a 3000:1 static contrast ratio, a 250 cd/m² brightness, and 178° horizontal and vertical viewing angles for clear images that can be seen from almost any position.

Use the Wireless DeX utility to pair to stream apps and content from your compatible mobile device to the screen. The monitor also has built-in AirPlay 2 compatibility, allowing you to stream movies and more from your Apple devices.

With its built-in light sensors, the Samsung Smart Monitor automatically adjusts the screen's brightness to match the ambient lighting, allowing you to enjoy a clear view while watching movies.

Switching to Ultrawide Game View enables a 21:9 aspect ratio, providing you with a larger view in supported games, especially sports and racing titles.